Rule Changes in the LPFM Radio 6th Report and Order 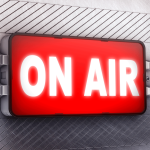 The FCC recently released the latest rules changes for LPFM Radio.   Recnet has provided an overview of the FCC’s Fifth Order on Reconsideration and Sixth Report and Order on Low Power FM.

Section 7(1) stations (those that do not meet the second/third adjacent spacing in 73.807) must eliminate any actual interference they may cause to the signal of any authorized station in areas where that station is “regularly used” (same rules as translators).

Third adjacent channel protections remain in effect in respect to foreign FM stations and assignments as well as FM stations that are operating a radio reading service for the blind.

Third adjacent channel LPFM stations will be required to broadcast periodic announcements on the following schedule:

LPFM stations may co-locate or operate from a transmitter site within 500 meters of a third adjacent station.  Such a move will be considered a minor change even if the distance exceeds 5.6 km.

Puerto Rico will not be considered as a “state” for the purpose of 7(6) of the LCRA.  LPFM stations in and near New Jersey will be subject to additional third adjacent channel interference policies based on the LPFM’s distance to a third adjacent New Jersey FM station based on co-channel minimum distance separation.

REC has some issues with the third adjacent rules language.  We are looking into it.

The FCC plans to use the commonly accepted method of showing non-interference to second adjacent channel by translators where it comes to LPFM. (No actual interference will occur due to lack of population)  Applicants may file a “worst-case” assumption about the overlap area and being able to use a USGS or Google Map to demonstrate lack of population in this area.  The FCC states that a consulting engineer may not be required to file a second adjacent channel waiver.  (REC strongly recommends a consulting engineer if the waiver involves a directional antenna and/or reduced power.)

The FCC will not implement a NAB request to require LPFM applicants to notify affected second-adjacent channel full-power stations prior to operation.  While FCC Commissioner Ajit Pai recommended that LPFM stations work together with full-power stations, there is no required notification process. The FCC will specify which second-adjacent channels are impacted in the public notice that accepts the LPFM application for filing.

LPFM stations will be permitted to use directional antennas, lower ERP (minimum 50W at 30m HAAT, 4.7 km service contour) and differing antenna polarization to demonstrate their service will not cause interference.

The FCC reminds LPFM applicants that the waivers are for second adjacent only.  Not co-channel or first-adjacent channel.

Interference remediation policy will be the same as the one currently used for FM translators.

LPFM stations operating 100 watts or less will no longer be required to protect the IF channels (+/- 10.6~10.8 MHz) of domestic full power FM stations and FM translators. IF protections are still required in respect to foreign FM stations.  The “less than 100” watts remains in the translator rules but may be changed in a future rulemaking.

LPFM stations may not operate in areas near translators that receive their input signal directly off the air on a channel third adjacent to the LPFM station and is in a potential interference area (PIA) of:

The previous second adjacent waiver policy that put a priority of the loss of an LPFM service to potential interference to a small overlap area population is not consistent with the LCRA.  The FCC wants stations who wish to continue to operate with this variance must, within 30 days following the effective date of the second adjacent channel waiver rules, amend its pending application for a construction permit to operate with the facilities specified in its STA and attach an exhibit that the operation would not interfere with any authorized radio service.

The FCC does note that a station’s history of operating at a variance (STA) without any complaints of interference would be a relevant factor in determining whether the station’s operations will result in any interference to any authorized radio service.

The FCC will not license any LP-10 stations citing sustainability issues (whether an LP-10 station can be financially stable) as well as noise floor issues (the ability for LP-10 stations to function in metro areas despite interference from distant stations).

The FCC will not license any LP-250 stations.  REC speculates it is because the FCC wants to avoid a controversy that was brought up by full-power interests stating that the original intention of the Local Community Radio Act (LCRA) intended only 10 and 100 watt stations.  When the FCC created LPFM, they included a 20 kilometer “buffer zone” around each full-power FM station.  This was intended to allow full-power stations to make changes with causing minimal issues to the LPFM station.  When the LP-250 service was designed, they used the same distance separation requirements as LP-100 for co-channel and first-adjacent channel.  They were able to do that by disregarding the buffer zones.  REC feels that the FCC is trying to avoid a Petition for Reconsideration or possible litigation over this issue.

All LPFM stations at this time will be LP-100.

Only local organizations will be permitted to submit applications and to hold authorizations in the LPFM service.

Translators owned by LPFM licensees will be under the following conditions:

Native/Tribal Nations will be permitted to own up to 2 LPFM stations and 4 FM translators.

To qualify for Tribal Nation station, the transmitter site must be on tribal land.

Cross-ownership between LPFM and full power (AM, FM and TV) by Tribal Nations is prohibited.

The FCC has accepted REC”s request to remove the student station provision of the FCC rules that would dismiss student run station applications at institutions that are also AM, FM or TV licensees.  This will mean that applications for student operated stations will remain active and that these applicants will compete for points and can enter into timeshare agreements.

Points will be awarded for:

The FCC has rejected the concept of using consortia.

The current successive license system will be eliminated.  It will be replaced by a concurrent license scheme which may include mandatory time sharing.

After three years of operation, any LPFM station that is not operating at least 12 hours a day may be required to share time with another LPFM station.

The FCC rejected the “mini-window” concept for applying for abandoned airtime.

The FCC is targeting a filing window on or before October 15, 2013.

The FCC plans to conduct a single filing window without the need to file separate short and long forms.

The following applicants may benefit from this change:

The FCC has expanded the “per-market” cap from 1  to 3 pending applications in each Arbitron market (both spectrum limited and spectrum available) as listed in Appendix A.

If 2 or 3 applications are proscecuted, a showing must be made to demonstrate compliance.  If there is no showing or it is deficient, the FCC will only process the first application under the original one-to-a-maket policy.

Market assignment for a particular translator is based on the county that the proposed transmitter site is physically in.